When it comes to the vast pool of social sharing apps available to us, one trait is extremely common: they give us the ability to select what we want to share with the world. We can spend time and think about it, whether it’s in an Instagram photo dump or on TikTok.

BeReal, created by Alexis Barreyat, is literally asking people to stop curating and, well, be real. Its digital campaign asks people, “What if social media was different?”

Still a social photo sharing app, BeReal has removed the components that the rest of the social media cohort like Instagram, TikTok, and Snapchat are all about, including likes, filters, and followers. Instead, users take a daily photo of exactly what they’re doing at a random time, with a short time limit to promote consistency and honesty (to some extent). In the words of the French company, the application positions itself as “uncontrollable” – no matter what happens to you – and favors “no bullshit”.

It may sound confusing, but here’s a tutorial on how to use BeReal. Then you can decide if this sharing mode is right for you.

You can find the BeReal app in the Apple Store or Google Play. To register, you will need to enter a phone number for verification, along with a full name and username, after which you can start using the app.

The app will then send a pop-up window asking you to access your contacts. The point is to share with your friends, so allowing that would probably be the best way to use it – although, as I found out later, you can also share photos publicly with strangers. Just before posting, you can set your post to be shared with friends or the public.

3. You can share a photo immediately – and this step has some caveats.

As soon as you download the app, you start sharing. Every day, at a random time, you have a two-minute time limit to take a picture of what you are doing or where you are at that time. At the same time that you take this photo, a selfie is also automatically taken. You might want to come prepared for this part (I wasn’t, hence the blurry selfie in the image above). But what you share is a combination of both: your life and your face, in the moment.

A beginner’s guide to TikTok

You can make the selfie your primary image, with your surroundings the secondary, depending on how you flip your camera. This will happen every day, with push notifications (if you’ve allowed it), letting you know it’s time to pick up your BeReal for the day.

4. You can also delete your BeReal message.

Once the photo is posted, you can click on it and tap the three dots in the corner. There you have the option to delete your message. The app doesn’t exactly encourage that, though, asking a bunch of questions about why you choose to do it. 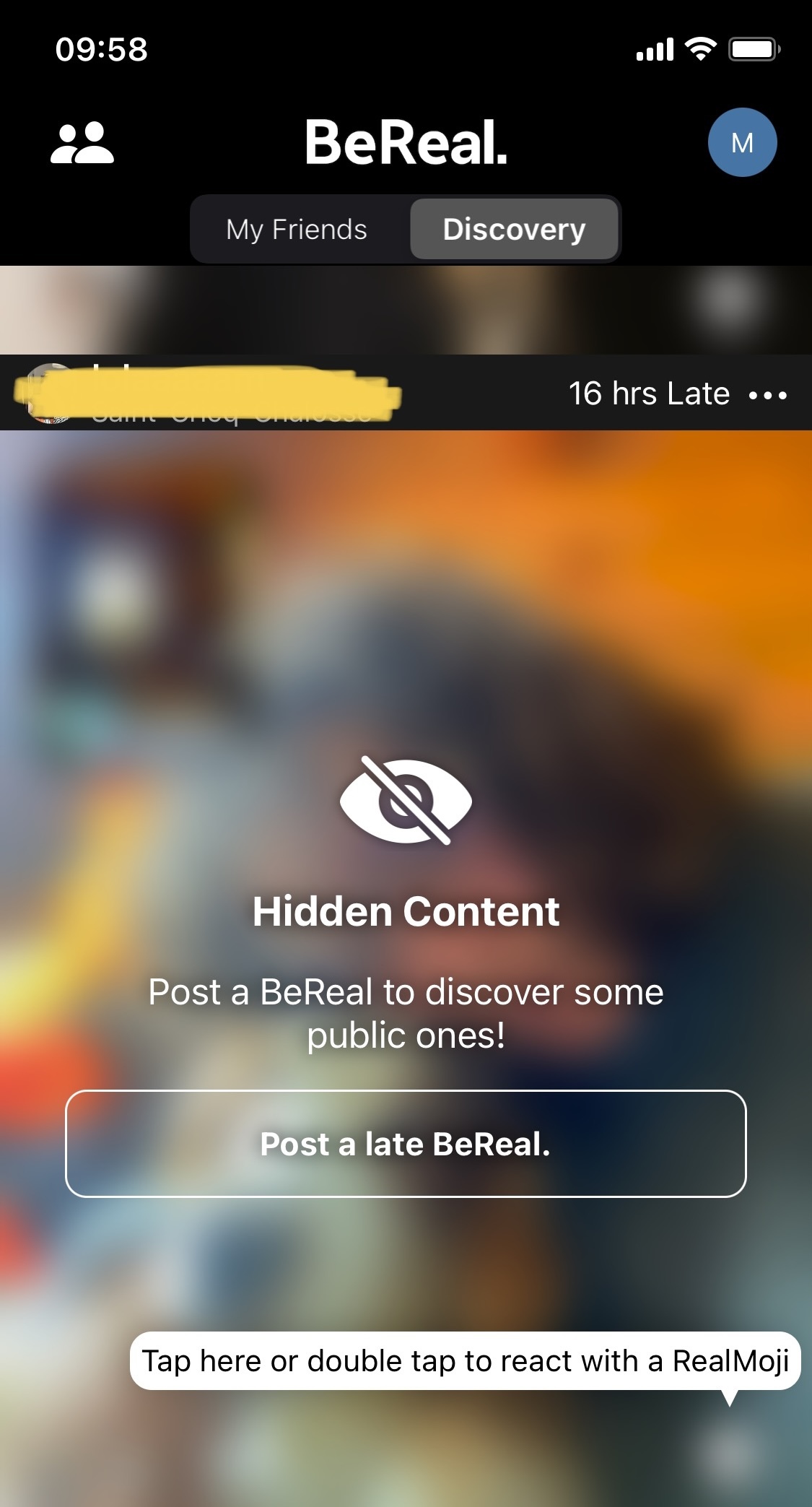 Under the Discovery tab, you can also see public content, which you can also react to with a range of “RealMojis”, which are unique emojis but given a name aligned with the “reality” of the app – emojis are variations of the selfies you’ve taken yourself. There is also a stipulation here: you can only see other people’s content if you have published your own BeReal.

6. See where your friends are in the world. 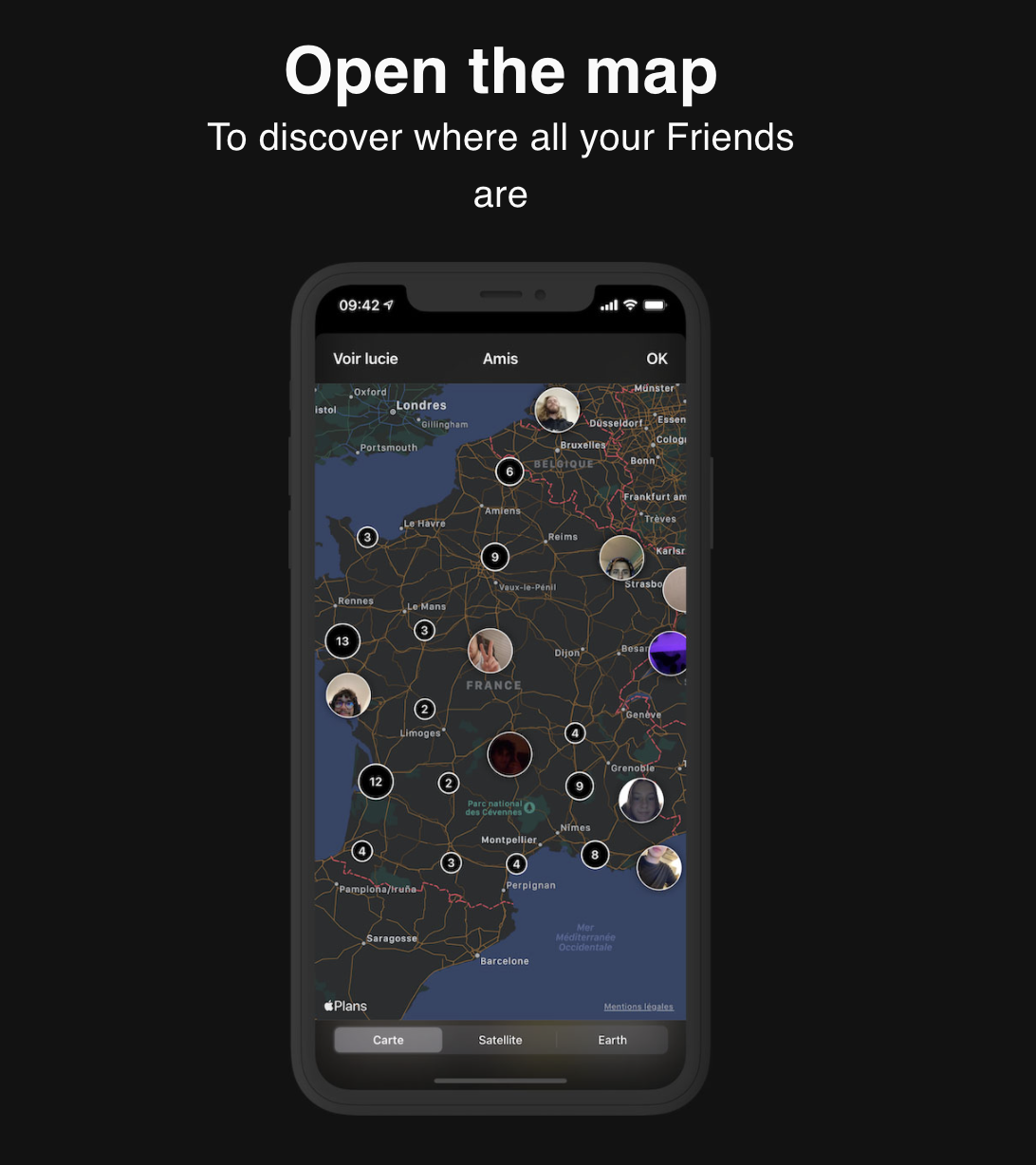 Other app features include a Snapchat-like map, where you can see where your contacts are in the world.

So the app is really a place to remove time and consideration, rather live in the moment. At least, that’s what they aim for.