As reported by ESPN’s Adrian Wojnarowski, Boston sends Hernangomez to San Antonio, which then gives Forbes to Denver. As for the Nuggets, they sell Bol Bol and PJ Dozier to the Celtics.

Denver, Boston and San Antonio are making a three-way trade that includes Juancho Hernangomez to the Spurs, Bryn Forbes to Denver, Bol Bol and PJ Dozier to the Celtics, sources told ESPN.

The Nuggets have taken an interest in Bryn Forbes, who was recently put on the NBA trade block by the Spurs. There were reportedly several teams eyeing the point guard, but considering Denver needed a guard in Jamal Murray’s absence, it’s no surprise they weren’t shy about pursuing him and fast enough.

As for San Antonio, Gregg Popovich’s roster is loaded in the backcourt and was expected to pave the way for the development of rookie Josh Primo. It remains to be seen what they plan to do with Juancho Hernangomez given that they also have a plethora of attackers at their disposal.

Meanwhile, the Celtics are getting possible bargaining chips in Dozier and Bol Bol. Dozier is out for the season with a torn ACL, while Bol is set to be sidelined for the next three months after undergoing foot surgery.

The young big man was recently traded to the Detroit Pistons but the deal was called off due to his injury. Clearly, if the Celtics decide to keep him, they see him as a long-term project. 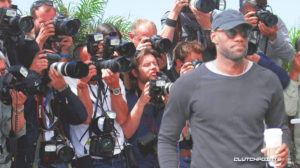